Bishop Stika: Mass Is Not Worshipping Jesus, We Worship The Father, Not Jesus


Bishop Stika: Mass Is Not Worshipping Jesus, We Worship The Father, Not Jesus​

Latin Mass Catholics seem not to honor the Novus Ordo Mass "and that is why they are wrong,” Knoxville Bishop Richard Stika, USA, wrote on Twitter (November 24, conversation below).

After a user comment that 70% of the New Rite Catholics don't believe in the consecration at Mass, Stika shouted, “Mass is Not the worship of Jesus.”

A day later, Stika denied that the Father and Jesus are of one substance: “We adore Jesus. We worship the Father.”

Stika has also a history of bulling and blocking fellow Catholics and making contradictory statements, for instance in favour of celibacy or against it.

So... this dude is still a bishop.

Ironically, the motto on his Coat of Arms says JESUS I HAVE FAITH IN YOU. 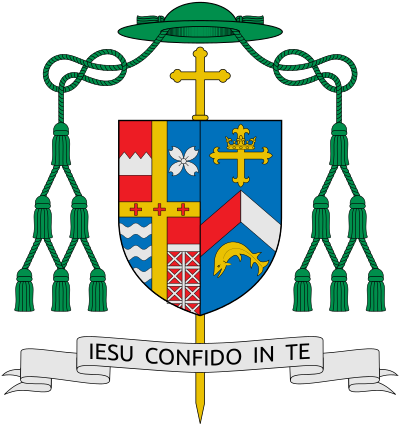 Remember that this is the same idiot heretic that said that those who threw Bergoglio's Pachamama idols in the Tiber should be arrested.


Bishop Stika: Mass Is Not Worshipping Jesus, We Worship The Father, Not Jesus​

I guess Stika never read the gospels about all those who worshipped Jesus; neither did he find anywhere in scripture where anyone worshipped the host.

I'd just like to bring up one point in the OP:

A day later, Stika denied that the Father and Jesus are of one substance: “We adore Jesus. We worship the Father.”

It's quite clear Stika isn't denying that the Father and Son are of one substance by his words. Only God is the object of "adoration". To say "We adore Jesus" means that "Jesus is God". "Worship" can be the act of adoration.

See CCC 2096: Adoration is the first act of the virtue of religion. To adore God is to acknowledge him as God, as the Creator and Savior, the Lord and Master of everything that exists, as infinite and merciful Love. "You shall worship the Lord your God, and him only shall you serve," says Jesus, citing Deuteronomy.
You must log in or register to reply here.
Share:
Facebook Twitter Reddit Pinterest Tumblr WhatsApp Email Share Link
Top