LINK TO 1K DEAD VOTERS ALONG WITH OBITUARY LINKS: https://justpaste.it/8zt04

CHECK TO SEE YOURSELF: https://mvic.sos.state.mi.us/Voter/Index

So, as you all know, I love a good conspiracy theory. Well, I got a real juicy one here! Check it out:

What are crimes against humanity? Pretty bad stuff, right? How about poisoning the weak and defenseless and cremating them in ovens, at scale? That might carry a hefty punishment, I'm sure you will agree. Well, what if that is EXACTLY what insurgent governors like Whitmer, Cuomo, Wolf, Murphy and Newsom did when they deliberately infected and killed 50,000 seniors in nursing homes just to push up the ChinaVirus death toll, all to make the case for mail-in ballots that they needed to cheat President Trump out of his second term? Wait for it...

Then they registered the dead grandmothers and grandfathers to vote.

Would that surprise you?
T

@DeSanto, that would indeed surprise me. What's your evidence that it actually happened, though?

Welp, I tried one. Mary Pope, the 10th entry in that data-dump/list posted by an anonymous person. Sure enough the Michigan Obits page showed she died in the early 80s, and that her name is associated with a ballot in 2020.

I'd like a link if you can find one. I'm not particularly worried about it, as there are already enough questions about this that the list could be rendered useless if they're answered. Still, if you can show me this is a PRATT, I'd appreciate it...

Whateverman said:
I'd like a link if you can find one. I'm not particularly worried about it, as there are already enough questions about this that the list could be rendered useless if they're answered. Still, if you can show me this is a PRATT, I'd appreciate it...
Click to expand...

It's just another baseless whine by Trumpites....here. And here.

Of course, it's significant that the only sites pushing this garbage are in Trump's bag.

Electric Skeptic said:
It's just another baseless whine by Trumpites....here. And here.

Of course, it's significant that the only sites pushing this garbage are in Trump's bag.
Click to expand...

OK. Before I reply with a "But...", I readily concede that accusations of dead people voting have largely been debunked. The debunking has happened so often that I'm instantly skeptical of any new claims of it happening, and I've already said there are things about the links in this thread which make me skeptical of this claim.

As I said above, I looked at a single name in the list, and checked. The related links showed that the person in Michigan was listed as deceased AND that a ballot for her had supposedly been received. There are several ways in which this particular example could be misleading or false - but nonetheless, I credit this thread's author with at least giving us something which appears initially to be somewhat credible support for his political view.

That usually doesn't happen. We often get claims from right-wing media, or opinions from bloggers; here, the names on this (admittedly sketchy-looking) list do appear to be listed by other somewhat credible-looking sites as being both dead and having had ballots cast for them.

Whether those ballots were accepted or not has not been addressed at all.

Something strange is going on in the neighborhoods of Pennsylvania. The dead appear to have arisen from the grave to enlist in the Democratic cause.

A lawsuit filed in the Keystone State before Election Day by the Public Interest Legal Foundation (PILF) claims there were 21,000 deceased people on its voter rolls ahead of the 2020 election, the Washington Timesreports. PILF argued that Pennsylvania broke the law by failing to maintain voter rolls. Ninety percent of the more than 21,000 registered voters have been dead for more than five years. Of that number, 12,192 were listed as active.


Odd as that sounds, Pennsylvania’s dead voters are actually dwarfed in number by “ghost” voters nationwide. These are not the dearly departed, reanimated sort who have graciously decided to enlist in the Democratic cause. Rather, “ghost” voters are those who never were. They were never born. They don’t exist. A study of Census Bureau population statistics and state voter registration data by Judicial Watch illuminates this issue.

On Electoral Fraud in 2020 - American Greatness

Something strange is going on in the neighborhoods of Pennsylvania. The dead appear to have arisen from the grave to enlist in the Democratic cause. A lawsuit filed in the Keystone State before… 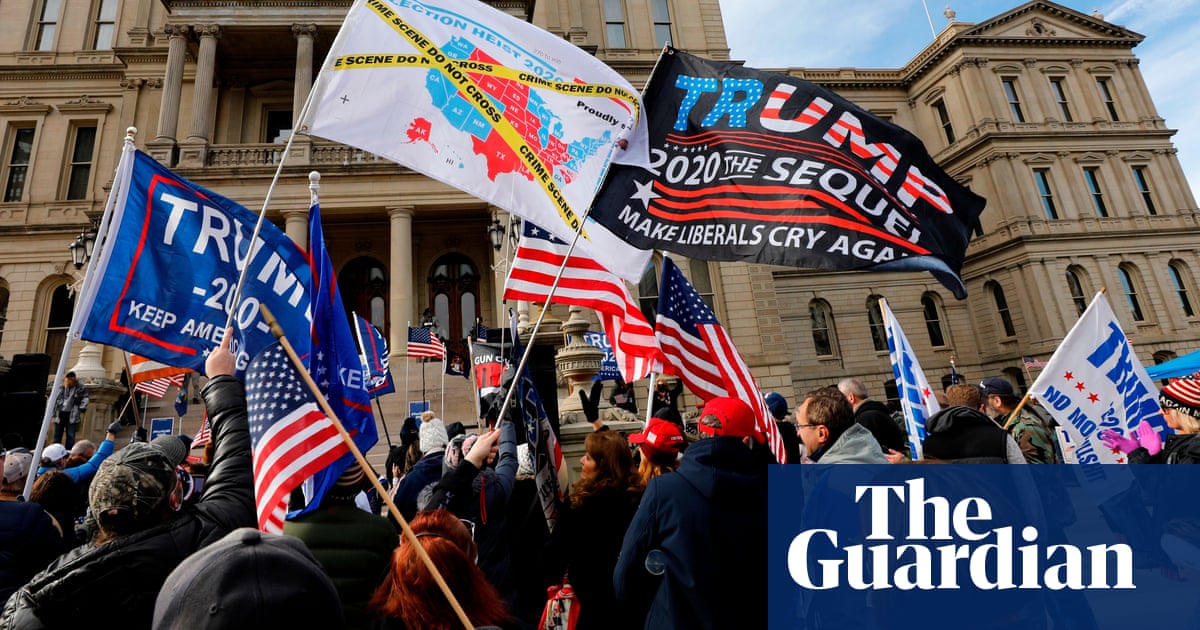 Late last week, Students for Trump founder Ryan Fournier declared on social media that he had unearthed definitive proof of widespread voter fraud in Detroit. He pointed to an absentee ballot cast by “118-year-old William Bradley”, a man who had supposedly died in 1984.

“They’re trying to steal the election,” Fournier warned in a since-deleted Facebook post, though the election had already been called for Joe Biden by every major news network days before.

But the deceased Bradley hadn’t voted. Within days, Bradley’s son, also named William Bradley, but with a different middle name, told PolitiFact that he had cast the ballot. That was confirmed by Michigan election officials, who said a clerk had entered the wrong Bradley as having voted. Though the living Bradley had also received an absentee ballot for his father, he said he threw it away, “because I didn’t want to get it confused with mine”.

The false claim that the deceased Bradley had voted in the 3 November election is one of a barrage of voter fraud conspiracy theories fired off by Trump supporters across the country during recent weeks, and all have been debunked while failing to prove that widespread irregularities exist.

Instead, the theories often reveal Trump supporters’ fundamental misunderstandings of the election system while creating a game of conspiracy theory whack-a-mole for election officials.
Click to expand...