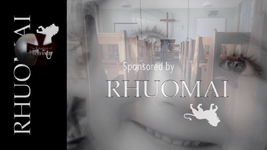 "And the Lord God formed man of the dust of the ground, and breathed into his nostrils the breath of life; and man became a living soul."

"And the Lord God said, It is not good that the man should be alone; I will make him an help meet for him."

"And the Lord God caused a deep sleep to fall upon Adam, and he slept: and he took one of his ribs, and closed up the flesh instead thereof; And the rib, which the Lord God had taken from man, made he a woman, and brought her unto the man."

"And Adam said, This is now bone of my bones, and flesh of my flesh: she shall be called Woman, because she was taken out of Man."

In these few verses from Genesis Chapter two, we can see what foundational truth means. The interplay between these four verses speaks of the will and purpose of God, His creative authority, as well as the action in words of the man as an expression of that will and original work of God.

"Therefore shall a man leave his father and his mother, and shall cleave unto his wife: and they shall be one flesh."

In this verse, we see doctrine. It is essential to grasp what this means. We live in a time when marriage is changed to mean many things according to the law of men. Doctrine is always directed into the future in its meaning because it necessarily binds men and women to the foundational truth of what God has willed. The will of God still has its evidence in created things. Yet whilst those things do indeed represent the will of God, they are intentionally directed into the doctrine that protects and preserves.

We must see that God does not create randomly. He creates purposefully. Doctrine is formed from the foundational truth that God purposes through creation according to His will. It is also needful to realise that for there to be children; then there must be consent between a man and a woman. In that consent, there must be a choice on the part of the man and the woman to have children. God creates the instrument, directs His will in those instruments and the man and the woman consent in obedience according to their nature – male and female. What this means is that any consent that contradicts this foundational truth is disobedience – And all contradictions are unnatural according to God.

It is only when we see that the will and creative acts of God give rise to doctrine, and that doctrine is intentionally set to preserve and keep the things that God creates, that we will also see that even these things of men and women in obedience to God also speak of the Lord Jesus Christ in jealousy of His own body, the Church. Foundational truth gives rise to doctrine and holding to sound doctrine gives rise to a spiritual outcome.

In our Churches we must also find a correct balance that does not give rise to harsh speech and instead discover just how important it is to hold to a biblical account of marriage in a time when marriage is set in secular meanings that demand tolerance and diversity.
You must log in or register to reply here.
Share:
Facebook Twitter Reddit Pinterest Tumblr WhatsApp Email Share Link
Top