"Make thee an ark of gopher wood; rooms shalt thou make in the ark, and shalt pitch it within and without with pitch."

It seems that the first word is a verb and the second is a noun. The definitions seem to indicate this is a type/shadow of Christ, the atonement, and not just merely the story of how the Ark was prepared to withstand the flood. I would appreciate any help on this word. Thanks.
G

Gen 6:14. I don't really want to get into the theological discussion, though the I believe the entire flood cycle is typological of the creation-fall-redemption theme. However, your verb כפר has quite a large range of meaning. Most modern translations simply use cover, e.g. the ESV:

"Make rooms in the ark, and cover it inside and out with pitch."

As for the noun, it's what we call a hapax legomena, i.e. it shows up once in the entire OT, and that's here.

It may have been chosen as a cognate with the verb for emphasis.
C

The earliest reed boats discovered to date were coated with bitumen. This seems to have been standard practice.

"Bitumen came from northern Mesopotamian sources, and reached the Persian Gulf.
The earliest reed boat discovered to date was coated with bitumen, at the site of H3 at As-Sabiyah in Kuwait, dated about 5000 BC; its bitumen was found to have come from the Ubaid site of Mesopotamia." 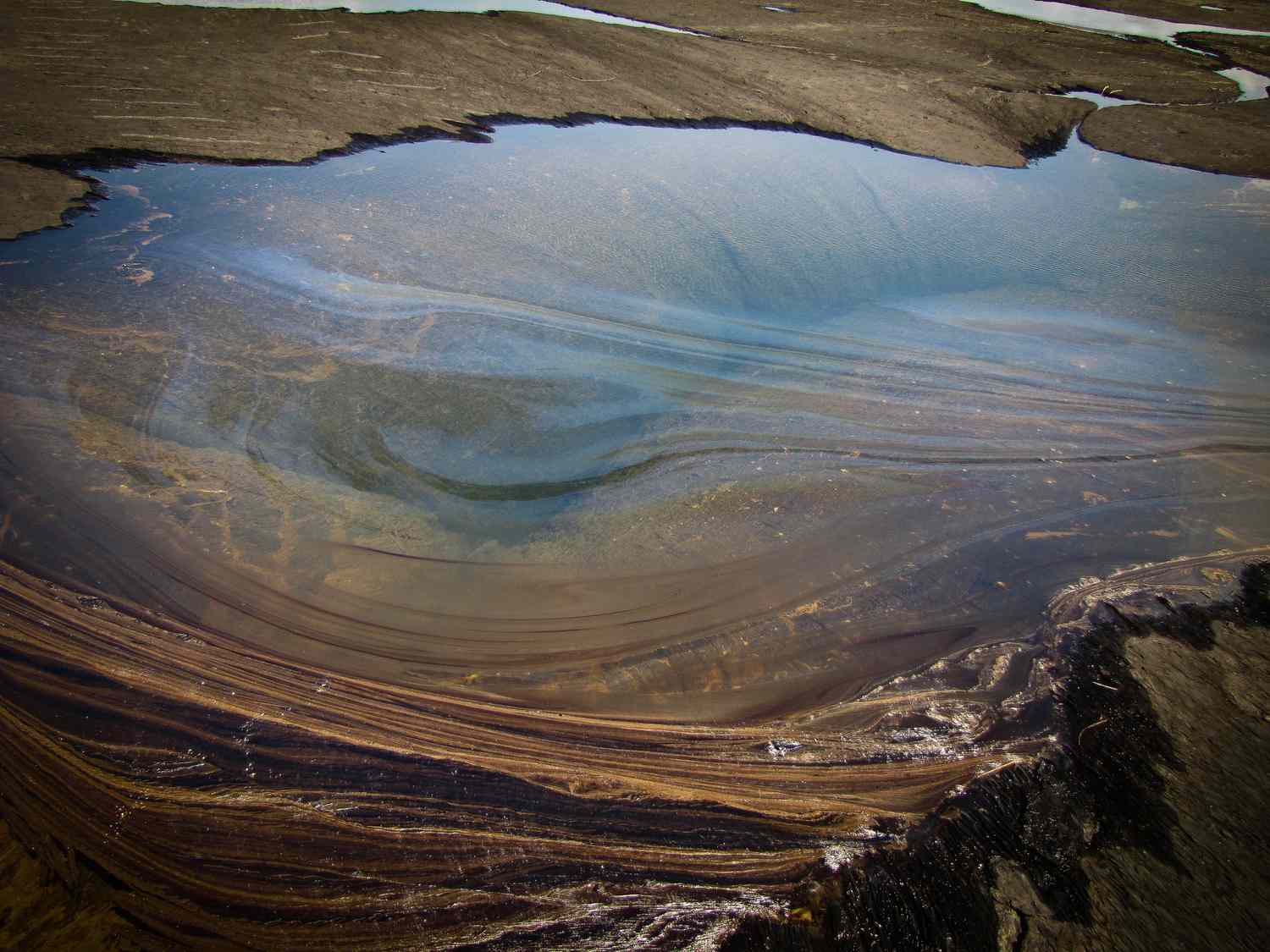 The Ancient Uses of Asphalt

Bitumen is a naturally-occurring organic byproduct of decomposed organic materials, used by humans for many for the past 40,000 years.

cjab said:
The earliest reed boats discovered to date were coated with bitumen. This seems to have been standard practice.

"Bitumen came from northern Mesopotamian sources, and reached the Persian Gulf.
The earliest reed boat discovered to date was coated with bitumen, at the site of H3 at As-Sabiyah in Kuwait, dated about 5000 BC; its bitumen was found to have come from the Ubaid site of Mesopotamia."

The Ancient Uses of Asphalt

Bitumen is a naturally-occurring organic byproduct of decomposed organic materials, used by humans for many for the past 40,000 years.

Yes that was what I thought the noun in that verse was most likely referring to. The verb is pretty interesting though in how it's used everywhere else in Scripture.

Theological Wordbook of the OT:

​
1023.0 כָפַר (k¹par) I, make an atonement, make reconciliation, purge. (Denominative verb.) This root should probably be distinguished from k¹par II "to smear with pitch."​
​
1023a) כֹּפֶר (k¹per) I, ransom, gift to secure favor. ​
​
1023b) כִּפֻּר (kipp¥r) (used in the plural kipp¥rîm) atonement, used especially in the expression "day of atonement."​
​
1023c) כַּפֹּרֶת (kappœret) place of atonement; KJV, "mercy seat."​
​
The root k¹par is used some 150 times. It has been much discussed. There is an equivalent Arabic root meaning "cover," or "conceal." On the strength of this connection it has been supposed that the Hebrew word means "to cover over sin" and thus pacify the deity, making an atonement (so BDB). It has been suggested that the OT ritual symbolized a covering over of sin until it was dealt with in fact by the atonement of Christ. There is, however, very little evidence for this view. The connection of the Arabic word is weak and the Hebrew root is not used to mean "cover." The Hebrew verb is never used in the simple or Qal stem, but only in the derived intensive stems. These intensive stems often indicate not emphasis, but merely that the verb is derived from a noun whose meaning is more basic to the root idea.​
​
kœper. Ransom. Every Israelite was to give to the service of the sanctuary the "ransom" money of half a shekel (Exo 30:12). Egypt, in God's sight, was given as a "ransom" for the restoration of Israel (Isa 43:3). This word "ransom" is parallel to the word "redeem" (p¹dâ, which see) in Psa 49:7. There is a warning that a man guilty of murder must be killed-no "ransom" can be given in exchange for his life (Num 35:31). The word is also used in a bad sense as a "bribe" which wrongly purchases favor (1Sam 12:3).​
​
From the meaning of kœper "ransom," the meaning of k¹par can be better understood. It means "to atone by offering a substitute." The great majority of the usages concern the priestly ritual of sprinkling of the sacrificial blood thus "making an atonement" for the worshipper. There are forty-nine instances of this usage in Leviticus alone and no other meaning is there witnessed. The verb is always used in connection with the removal of sin or defilement, except for Gen 32:20; Prov 16:14; and Isa 28:18 where the related meaning of "appease by a gift" may be observed, It seems clear that this word aptly illustrates the theology of reconciliation in the OT. The life of the sacrificial animal specifically symbolized by its blood was required in exchange for the life of the worshipper. Sacrifice of animals in OT theology was not merely an expression of thanks to the deity by a cattle raising people. It was the symbolic expression of innocent life given for guilty life. This symbolism is further clarified by the action of the worshipper in placing his hands on the head of the sacrifice and confessing hi s sins over the animal (cf. Lev 16:21; Lev 1:4; Lev 4:4, etc.) which was then killed or sent out as a scapegoat.​
​
kipp¥r. Atonement. kapporet. Mercy seat. These two nouns are derived from the verb as used in the intensive stem: The first is used today in the name of the Jewish holiday yom kippur "day of atonement" (used only in the plural in the OT) which was the tenth day of the seventh month, Tishri. This solemn day was the only day of fasting prescribed for Israel. It was celebrated by a special sin offering for the whole nation. On that day only would the high priest enter within the inner veil bearing the blood of the sin offering (cf. Heb 9:7). A second goat was released as an escape goat to symbolize the total removal of sin (see ±¦z¹°z¢l "scapegoat").​
​
kappbœret. Mercy seat. This noun is used twenty-seven times and always refers to the golden cover of the sacred chest in the inner shrine of the tabernacle or temple. It was from above the mercy seat that God promised to meet with men (Num 7:89). The word, however, is not related to mercy and of course was not a seat. The word is derived from the root "to atone." The Greek equivalent in the LXX is usually hilast¢rion, "place or object of propitiation," a word which is applied to Christ in Rom 3:25. The translation "mercy seat" does not sufficiently express the fact that the lid of the ark was the place where the blood was sprinkled on the day of atonement. "Place of atonement" would perhaps be more expressive. R.L.H.​
​
1024.0) כָּפַר (k¹par) II, cover over with pitch. This denominative verb is used only in Gen 6:14 in the waterproofing of the ark. The cognate word is used in the Babylonian flood story.​
​
1024a) כֹּפֶר (kœper) II, pitch. A noun, from which the above verb was doubtless derived. Pitch, bitumen, asphalt was used in early antiquity as an adhesive to hold inlays into statues. It was a logical material for caulking the ark as specified both in the Bible and the Babylonian flood story. R.L.H.​
​
1025.0) כּפר (kpr) III. Assumed root of the following.​

​
3722. כָּפַר kāpar: A verb meaning to cover, to forgive, to expiate, to reconcile. This word is of supreme theological importance in the Old Testament as it is central to an Old Testament understanding of the remission of sin. At its most basic level, the word conveys the notion of covering but not in the sense of merely concealing. Rather, it suggests the imposing of something to change its appearance or nature. It is therefore employed to signify the cancellation or “writing over” of a contract (Isa. 28:18); the appeasing of anger (Gen. 32:20[21]; Prov. 16:14); and the overlaying of wood with pitch so as to make it waterproof (Gen. 6:14). The word also communicates God’s covering of sin. Persons made reconciliation with God for their sins by imposing something that would appease the offended party (in this case the Lord) and cover the sinners with righteousness (Ex. 32:30; Ezek. 45:17; cf. Dan. 9:24). In the Old Testament, the blood of sacrifices was most notably imposed (Ex. 30:10). By this imposition, sin was purged (Ps. 79:9; Isa. 6:7) and forgiven (Ps. 78:38). The offenses were removed, leaving the sinners clothed in righteousness (cf. Zech. 3:3, 4). Of course, the imposition of the blood of bulls and of goats could never fully cover our sin (see Heb. 10:4), but with the coming of Christ and the imposition of His shed blood, a perfect atonement was made (Rom. 5:9–11).​
​
3724. כֹּפֶר kōper: A masculine noun meaning a ransom, a bribe, a half-shekel. The most common translation of the word is ransom. It refers to the price demanded in order to redeem or rescue a person. The irresponsible owner of a bull that killed someone and was known to have gored people previously could be redeemed by the ransom that would be placed on him (Ex. 21:30). When a census of people was taken in Israel, adult males had to pay a half-shekel ransom to keep the Lord’s plague from striking them (Ex. 30:12). A murderer could not be redeemed by a ransom (Num. 35:31). Yet money, without God’s explicit approval, could not serve as a ransom for a human being (Ps. 49:7[8]). On the other hand, money could serve as a ransom to buy off a person’s human enemies (Prov. 13:8). God sometimes used a wicked person as a ransom to redeem a righteous person (Prov. 21:18); God ransomed Israel from Babylonian captivity for the ransom price of three nations (Isa. 43:3): Egypt, Seba, and Cush.​
​
The meaning of the word becomes a bribe when used in certain circumstances. For example, Samuel declared that he had never taken a bribe (1 Sam. 12:3); and Amos castigated the leaders of Israel for taking bribes (Amos 5:12). Proverbs 6:35 describes a jealous husband whose fury would not allow him to take a bribe to lessen his anger.​
​
3725. כִּפֻּרִים kippuriym: A masculine plural noun meaning atonement, the act of reconciliation, the Day of Atonement. It is used five times to indicate the act or process of reconciliation: a young bull was sacrificed each day for seven days during the ordination ceremony of Aaron and his sons to make atonement (Ex. 29:36). Once a year, the blood of a sin offering was used to make atonement on the horns of the altar of incense located in front of the Holy of Holies (Ex. 30:10). Ransom money of a half-shekel was used to effect atonement or reconciliation for male Israelites who were at least twenty years old (Ex. 30:16). The money was then used to service the Tent of Meeting.​
When a person had wronged the Lord or another person, a ram was presented to the priest, along with proper restitution (Num. 5:8); a sin offering for atonement was presented yearly on the Day of Atonement (Num. 29:11). Three times the noun is used to indicate the Day of Atonement itself (Lev. 23:27, 28; 25:9).​

Those are my 3 favorite more helpful kind of lexicons I regularly lookup first.