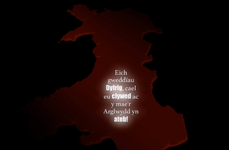 It is essential to understand how the judgements of the Lord are carried out, in what order and to what effect. If not then the prophet will be inclined to speak to the wrong party – even though he can see the guilt of all flesh. We read that judgement begins in the household of God and yet we may not easily see what that means. Elijah did not speak with Jezebel when he prophesied over Ahab, even though she came into a severe judgement. Neither did he speak to his sons. Yet when judgement began it began not with Ahab, because he repented of the murder of Naboth, and neither did it begin with his wife though she repented not. Neither yet did judgement begin with the sons of Ahab. Judgement began with the prophets. Those who are given by God to minister to His household are more responsible for the condition of that household, than are the members thereof. If the ministers of God did not abrogate their responsibilities so easily when being troubled on many sides by contentions, fleshy effects, foolish ambitions, and reckless speech, then those things would not find an outcome that produces loss to anyone other than those reckless men and women whose speech is destructive and whose conduct is ambitious. So that when we see things as they have become today what we find is that these same ministers of God have now refused their burden entirely and have given that burden to others who though whilst not necessarily being themselves rebellious in their ambitions, have nevertheless permitted a political fact of inequality to determine that the next generation of young men and women will have no means to understand how it is that their efforts will lend itself to the Man of Sin and the apostasy of the House of God.

Compassion is also essential and experience so necessary that it is often found that those prophetic men have themselves come through genuinely distressing lives, and it is that distress, and the compassion and mercy of the Lord that ensures that anyone claiming to be a prophetic man, must necessarily be compassionate towards women and children. That compassion, however, is not a thing to be paraded – it is a thing to be practised. So in the end whilst your compassion may be hidden to all except those to whom you have been compassionate, your words of warning and efforts with those in authority, being yet chiefly men, may not serve to have you held in any good account either with them or with many sisters. They will always be inclined to listen to the flesh of women who are offended by you, through gossip, and their weaknesses, as well because you are a mere man, and they are the anointed pastor and the lamp of the churches. If that seems blasphemous to your ears then so it is, because pastors are now literally running to the caves and finally throwing in the towel because they would not see that which was, which is, and which is to come. By that means it has become easier to raise sisters into positions of authority – and giving them cover – they are increasingly less pastors and have become more facilitators. So that every pastor in this mind now speaks of the facilitation of the ministry of all others, and thus cannot see his true meaning, to feed the sheep.

It is in this reality of effects that we have finally come to the place wherein a sister, and the wife of a husband, is now called, elder, lead pastor, worship leader and visionary – all these found in one woman. In that circumstance how will the younger sisters ever comprehend the grave risk they have come into when in all reasonable speech and expectation they had thought to have come into the Lord's House? It is a place where men are merely having fun speaking of men's things, and many women, being of that gift of prophecy and not true prophets, are set to drive them to the front of the army to take hold of the instruments of war. Yet the war they labour in is not a spiritual war at all, but a war of the flesh in which equality is the chief ambition with men, and despite that the army they have taken upon themselves is entirely driven by a spirit that comes as a woman, parades as a woman, yet is almost entirely represented by fighting men. It is the true prophets of God that will come against that effect, and the end will be a total loss. How many can comprehend this outcome?
You must log in or register to reply here.
Share:
Facebook Twitter Reddit Pinterest Tumblr WhatsApp Email Share Link
Top