The male muscle (the sword) is the "I don't care" muscle. Like all psychological muscles you strengthen it by lifting psychological weights. The weight in this case is anger. The "I don't care" muscle allows you to filter out or ignore things that would otherwise be very distracting and disruptive to you. (Things that would make you angry.) It acts as a shield to protect you.

Macho people get angry when they should "not care". See the image below. Would you rather go into battle with a large sword or with large macho balls that the enemy will just use for target practice?

Being macho is a symptom of narcissism personality disorder. When the personality disorder becomes total the victim becomes "locked in" to that sort of thinking. The idea of backing down or not becoming angry literally never even enters their head. It doesnt even seem like a possibility. The trick to removing the "lock" and curing the disease is showing them, or rather putting them in, a situation where backing down is clearly to their advantage and clearly harmful to the one they are backing down from. 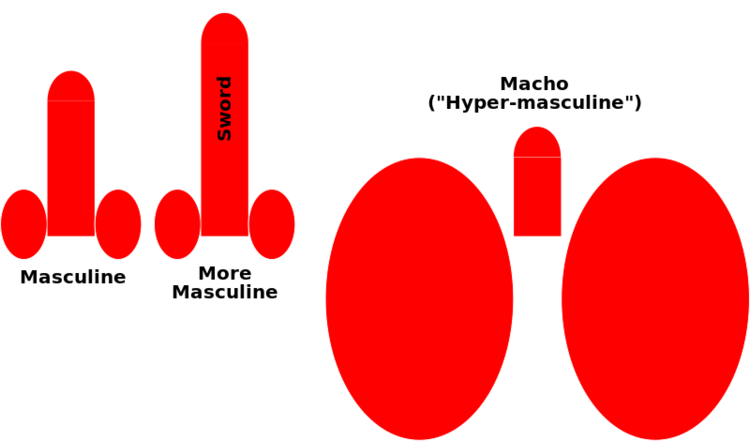