In Marvelous Work and A Wonder, Le Grand Richards Page 18 under the heading John’s Testimony of the Personality of God Says “This accords also with the report of John’s baptism of Jesus: 16 When He had been baptized, Jesus came up immediately from the water; and behold, the heavens were opened to Him, and He saw the Spirit of God descending like a dove and alighting upon Him. 17 And suddenly a voice came from heaven, saying, “This is My beloved Son, in whom I am well pleased.” Here each of the three members of the Godhead are distinctly and separately mentioned; (1) Jesus coming up out of the water; (2) the Holy Ghost descending like a dove; (3) the voice of the Father from heaven expressing his love and approval of his beloved Son. How could one possibly believe these three to be one person without body or form?


President Gordon B. Hinckley explained why he also could not believe in the Trinity: The world wrestles with the question of who God is, and in what form He is found. Some say that the Father and the Son and the Holy Ghost are one. I wonder how they ever arrive at that. How could Jesus have prayed to Himself when he uttered the Lord’s Prayer? How could He have net with Himself when He was on the Mount of Transfiguration? No. He is a separate being. God, our Father, is one. Jesus Christ is two. The Holy Ghost is three. And these three are united in purpose and in working together to bring to pass the immortality and eternal life of man.’ ONE GOD The above comments are clearly antithetical

James Talmage states: “This [the Trinity] cannot rationally be construed to mean that the Father, the Son and the Holy Ghost are one in substance and person” (A Study of the Articles of Faith, p.40)

1. Hugh B. Brown, The Abundant Life, p.313 Surely this was not ventriloquism where Christ was speaking to and of himself. It was the Father introducing His Son. In this case, the members of the Holy Trinity manifested themselves, each in a different way, and each was distinct from the others. A similar event occurred on the Mount of Transfiguration when members of the Godhead were distinguished in the presence of Moses and Elias, and Peter, James, and John.

What’s interesting about all these statements is that Le Grand Richards, Gordon B. Hinckley, James Talmage, Hugh B. Brown and other leaders like Robert Hales and Jeffrey R Holland lie about is the Orthodox view of the Godhead and pin modalism to Orthodox Christianity and our belief of the Trinity. their is no Catholic or Protestant statement that teaches there the same person, but just the opposite that the 3 persons are separate and distinct persons. Notice below statement from the Lutherans which is a generic statement the could be from any Catholic or protestant teaching that . 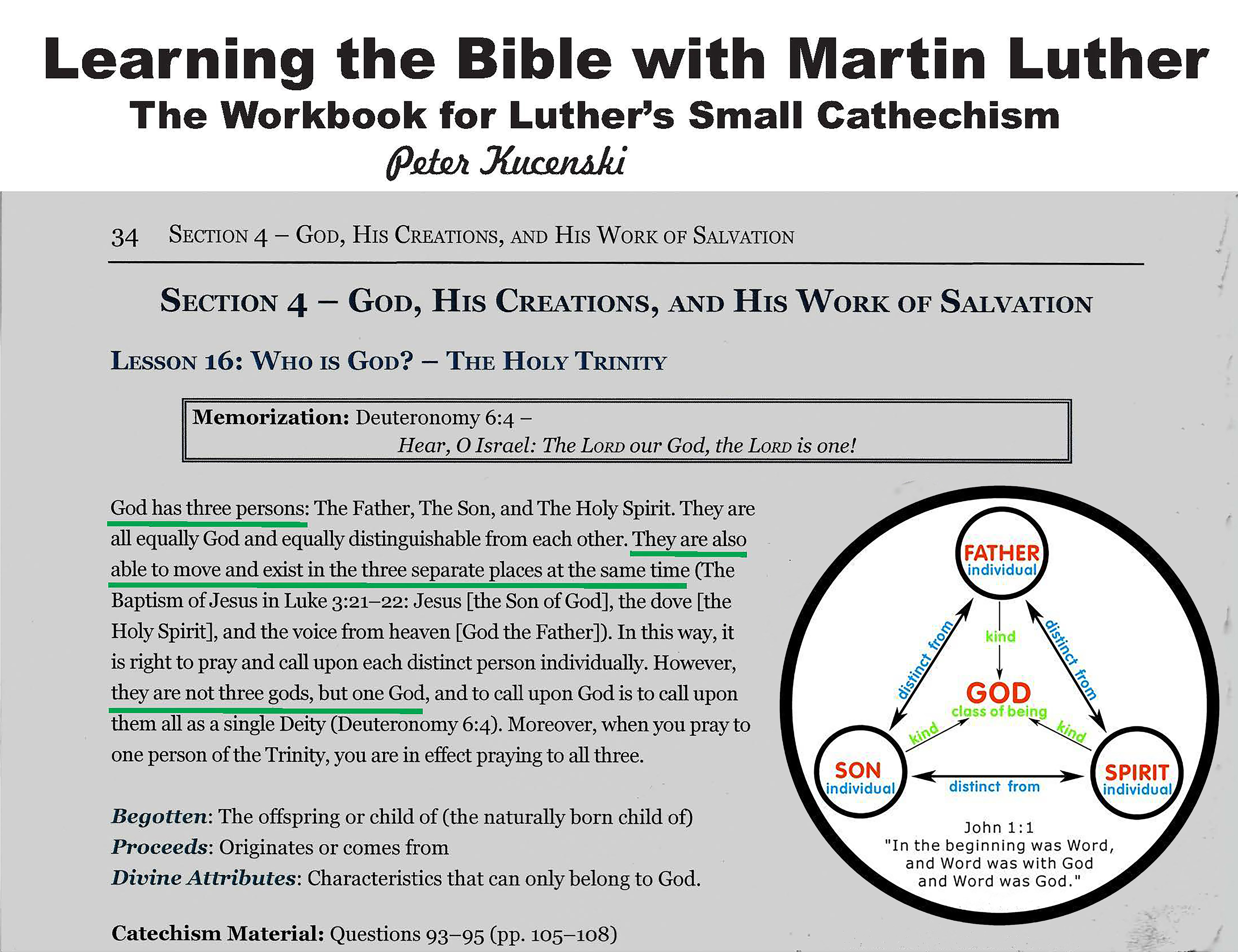 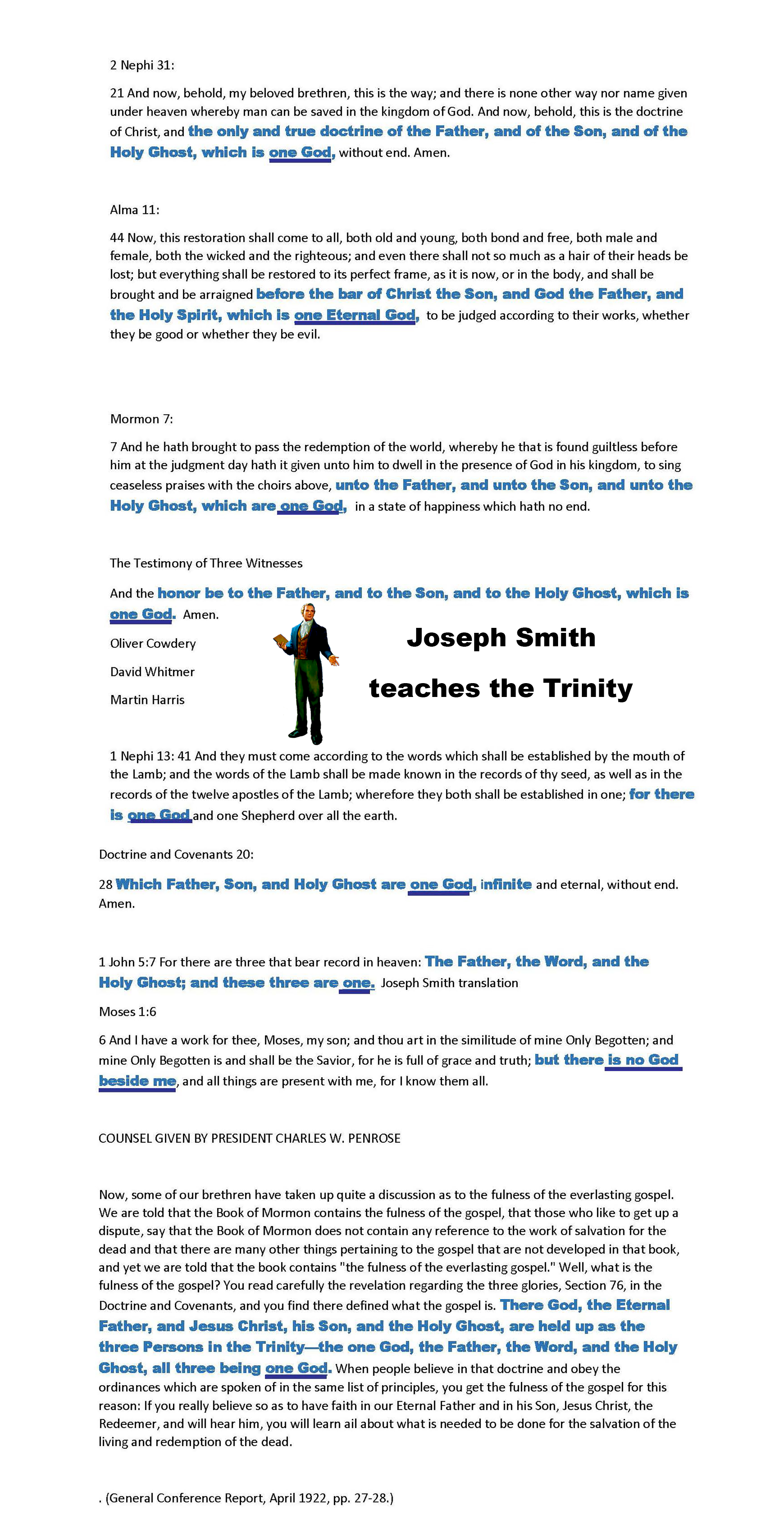 So the bottom line
Leave Mormonism and attend the Methodist Church where Smith started and left. He went down hill from there.

In that century the Methodist were strong and on track.
Z

Luther was a heretic, and Mormonism is true!​
T

zerinus said:
Luther was a heretic, and Mormonism is true!​
Click to expand...

Why did Martin Luther agree with pre-1836 Joseph Smith if you consider him a heretic ?
Z

The Prophet said:
Why did Martin Luther agree with pre-1836 Joseph Smith if you consider him a heretic ?
Click to expand...

Doesn't Joseph Smith below sound like the Lutheran statement ?
If it doesn't explain the difference ​

The Prophet said:
Doesn't Joseph Smith below sound like the Lutheran statement ?
If it doesn't explain the difference ​

So why are you even in this Forum ?​
Z

The Prophet said:
So why are you even in this Forum ?​
Click to expand...