Authentic Nouveau said:
You are drifting into taboo territory. The "institutions" do NOT want to confront what you see.

We busted the global warming mess the same way. They presented simulations models as if they were factual solid data. We busted them before Climate gate "leaks" where the tricks were exposed.

NIH, CDC, WHO don't exactly do the lab work. They hold the purses and funnel money to partner labs which do "research, modeling, etc. and push papers" The ugly problem is peer review where most papers can't be or have not been replicated. They just got "endorsed".

If a partner lab publishes findings which do not validate experimenter's bias, they may not see more funding.
Click to expand...

No peer reviewer is expected to replicate the results of the paper they are reviewing. That would be a colossal waste of time and money and would only rarely produce new data.
V

shnarkle said:
I suspect that at some point, they will begin to make these attributions. That point is undoubtedly going to be when it is too late to matter. I think that point has already occurred due to their admission that their gene therapies can shed. From what I've read, it only takes about 30 million people to get jabbed before it (the spike protein process in the gene therapy) can spread throughout the whole population.
Click to expand...

I don't know what you are reading, but it is nonsense. The spike protein by itself is not an infectious agent.
A 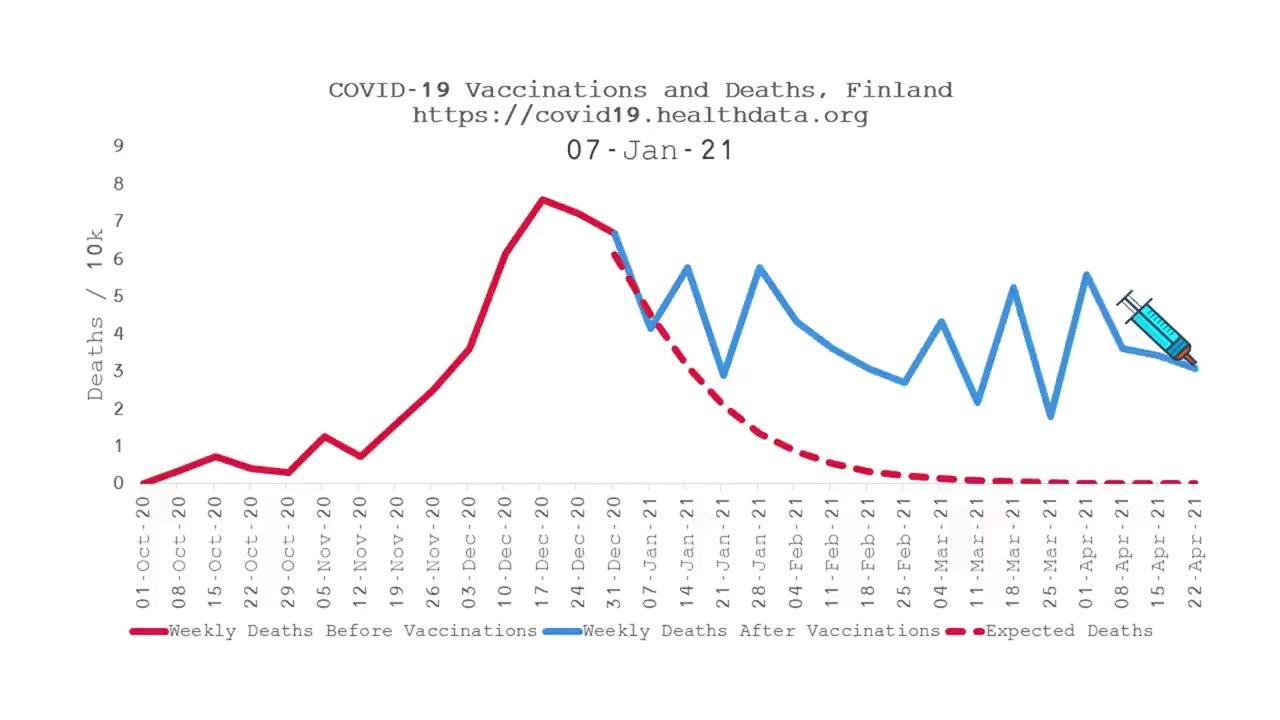 Impact of COVID Vaccinations on Mortality (MIRRORED) Mirrored from You Tube channel Joel Smalley at:- https://youtu.be/xSrc_s2Gqfw An animation of COVID mortality across the world to examine the impact of vaccination, testing the hypothesis that they are up to 97% effective in reducing...

shnarkle said:
Better yet, show us all ANYONE who has been able to actually isolate this so-called Covid 19 virus.
Click to expand...

Back to COVID-19 Home

SARS-CoV-2, the virus that causes COVID-19, was isolated in the laboratory and is available for research by the scientific and medical community.
Click to expand...

shnarkle said:
So far, no one can affirm that they ever had an isolated virus.
Click to expand...

Someone can affirm it, and they have affirmed it. Moreover, if they were wrong, the scientific community would let the world know pretty quickly.

Does it ever get tiring being as wrong as you are around here?

shnarkle said:
Deagel.com, a private non-governmental online source of military capabilities of the nations of the world, has for some time now predicted in its forecast for 2025 a steep and unexplained decline in US population, from 328 million to 99 million. Seven out of ten Americans alive in 2021 would not be alive in 2025, a 70% decline. Or maybe millions just decide to emigrate.

After COVID we can draw two major conclusions:

The Western world success model has been built over societies with no resilience that can barely withstand any hardship, even a low intensity one. It was assumed but we got the full confirmation beyond any doubt.
The COVID crisis will be used to extend the life of this dying economic system through the so-called Great Reset.
The Great Reset; like the climate change, extinction rebellion, planetary crisis, green revolution, shale oil (…) hoaxes promoted by the system; is another attempt to slow down dramatically the consumption of natural resources and therefore extend the lifetime of the current system. It can be effective for a while but finally won’t address the bottom-line problem and will only delay the inevitable. The core ruling elites hope to stay in power which is in effect the only thing that really worries them.

As COVID has proven Western societies embracing multiculturalism and extreme liberalism are unable to deal with any real hardship.

The stark reality of diverse and multicultural Western societies is that a collapse will have a toll of 50 to 80 percent depending on several factors but in general terms the most diverse, multicultural, indebted and wealthy (highest standard of living) will suffer the highest toll.

The only glue that keeps united such aberrant collage from falling apart is overconsumption with heavy doses of bottomless degeneracy disguised as virtue. Nevertheless, the widespread censorship, hate laws and contradictory signals mean that even that glue is not working any more. Not everybody has to die. Migration can also play a positive role in this.

Six years ago the likelihood of a major war was tiny. Since then it has grown steadily and dramatically and today is by far the most likely major event in the 2020s.

Another particularity of the Western system is that its individuals have been brainwashed to the point that the majority accept their moral high ground and technological edge as a given. This has given the rise of the supremacy of the emotional arguments over the rational ones which are ignored or deprecated. That mindset can play a key role in the upcoming catastrophic events.

Over the next decade it will become obvious that the West is falling behind the Russia-China block and the malaise might grow into desperation. Going to war might seem a quick and easy solution to restore the lost hegemony to finally find them into a France 1940 moment.

If there is not a dramatic change of course the world is going to witness the first nuclear war. The Western block collapse may come before, during or after the war. It does not matter. A nuclear war is a game with billions of casualties and the collapse plays in the hundreds of millions.

I should have known better than to spend time investigating idiotic claims, but the level of dishonesty and misinformation in these forums has gotten cacophonous lately, so there's almost a need to debunk the fake news posted here every few minutes.

FIRST: Neither of your links point to the text you posted, which is a giant red flag. However, your posts might as well be sewn together from red flags, so I wasn't necessarily surprised that I couldn't find what you failed to reference. Thus, I went looking for the actual source of the text.

SECOND: I found one source. It's a PDF, and please pay attention to the text of the URL you can download it from: https://usercontent.one/wp/www.moet-wakker.nl/wp-content/uploads/2020/10/Forecast-2025.pdf

The URL references "user content", which likely means this is someone's blog. It also references the Netherlands - which is a weird place to be associated with a global intelligence/analysis agency report, but that may-or-may not be innocuous; kinda hard to tell.

THIRD: Other than images in the PDF, there doesn't appear to be any way to link the PDF with Deagle.com. Indeed, there are tons of URLs - all pointing to the blogs of various internet sleuths - which claim the report and the website are linked, but nothing that authenticates this with any authority. The link could be 100% fake news; the report could have been manufactured by some Chinese/Russian troll farm, and you would have no way of knowing.

FOURTH: You called the forecasted population drop "steep and unexplained", but you failed to read the text you quoted. The report is about nuclear war, and it even says so in your post. It has nothing to do with pandemics, or some nefarious plot to kill people off in order to lessen the strategic necessity of energy.

Having taken information you cannot authenticate and have barely read - and having twisted it to suit your own agenda - you fail as an internet sleuth. You are exactly the kind of person who consumes and propagates fake news. You are part of the demographic currently causing serious problems in this country. Putin will be sending you a check for services rendered in the next few days...
Last edited: May 16, 2021
You must log in or register to reply here.
Share:
Facebook Twitter Reddit Pinterest Tumblr WhatsApp Share Link
Top